COME AND Join US

Discover the history of the hall

A fighter in the Crusades

However, for over 600 years (until the death of Samuel Irton, the last familymember, in 1866) the Irton familylived in the house. In the 11thcentury, the Irton family participated in the Crusades. with Adam D’Yrton - a skillful swordsman and early inhabitant of the hall - taking part in the First Crusade, when the Holy Land  was captured under Godfrey of Boulogne. 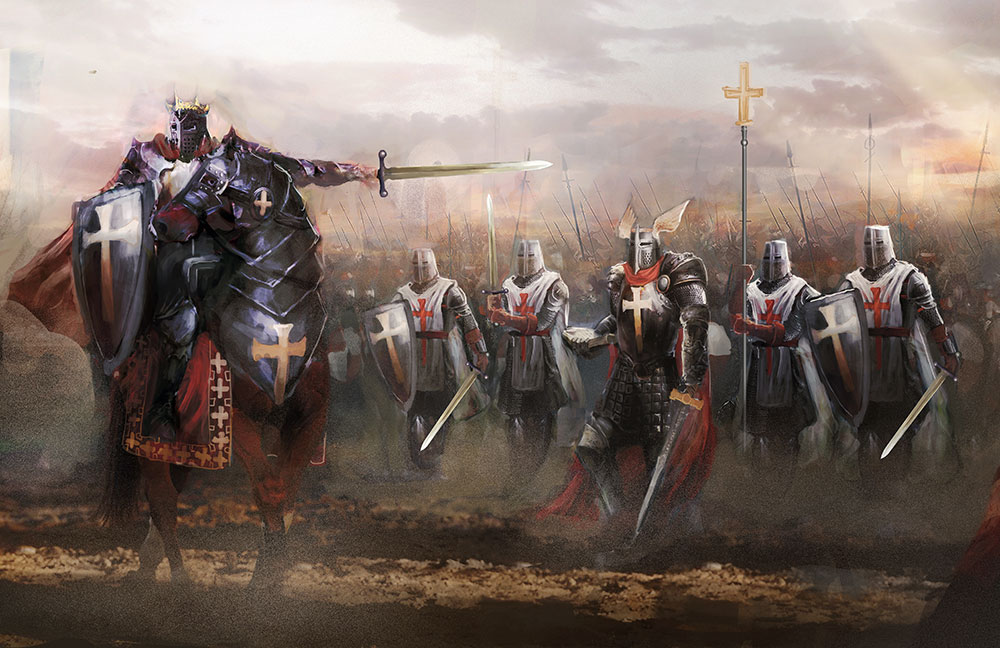 Over the centuries, there were many important visitors to the house, including Oliver Cromwell and King Henry VI. When on the run during the Wars of the Roses, Henry VI sought shelter, but was turned away by the Yorkist owner of the manor because Henry was a Lancastrian. Henry spent a night under a tree in the grounds of the manor – and this 1,000 year-old oak tree is now known as ‘The Kings Oak’. 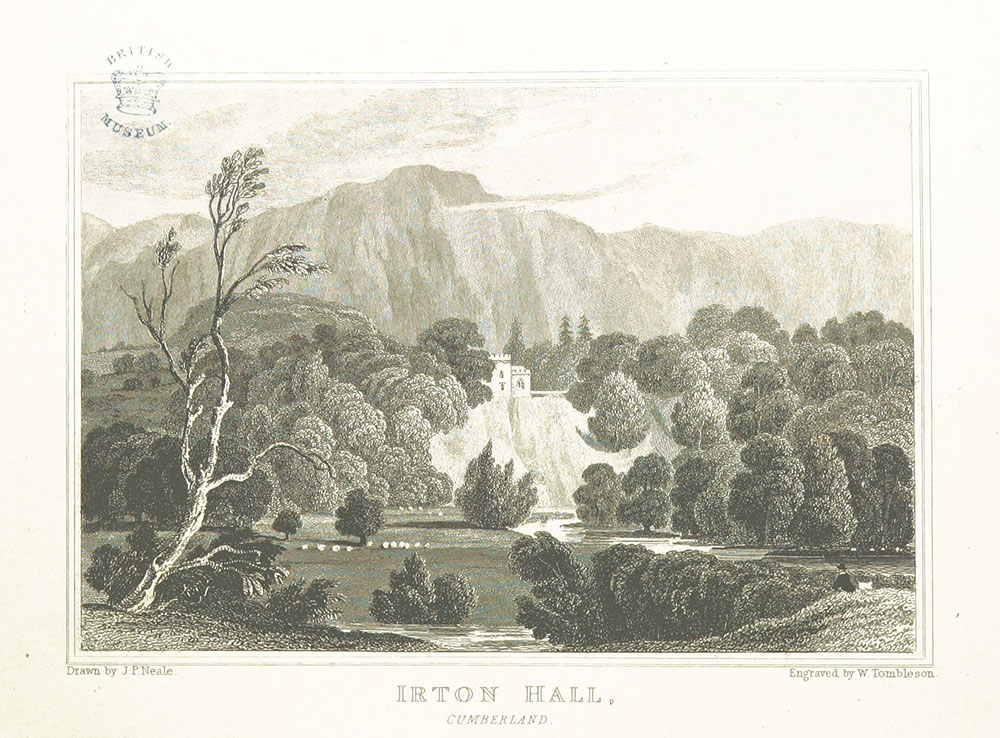 When Samuel Irton died in 1866, so did the family line. However, the name and legacy lives on, despite the efforts of his wife to expunge the family name. She reportedly made a large bonfire of valuable family documents, maps and papers, believing that if she did so, the Irtons would no longer be of any interest to anyone. In 1872, the house was sold and many of the items found in the house were auctioned off. 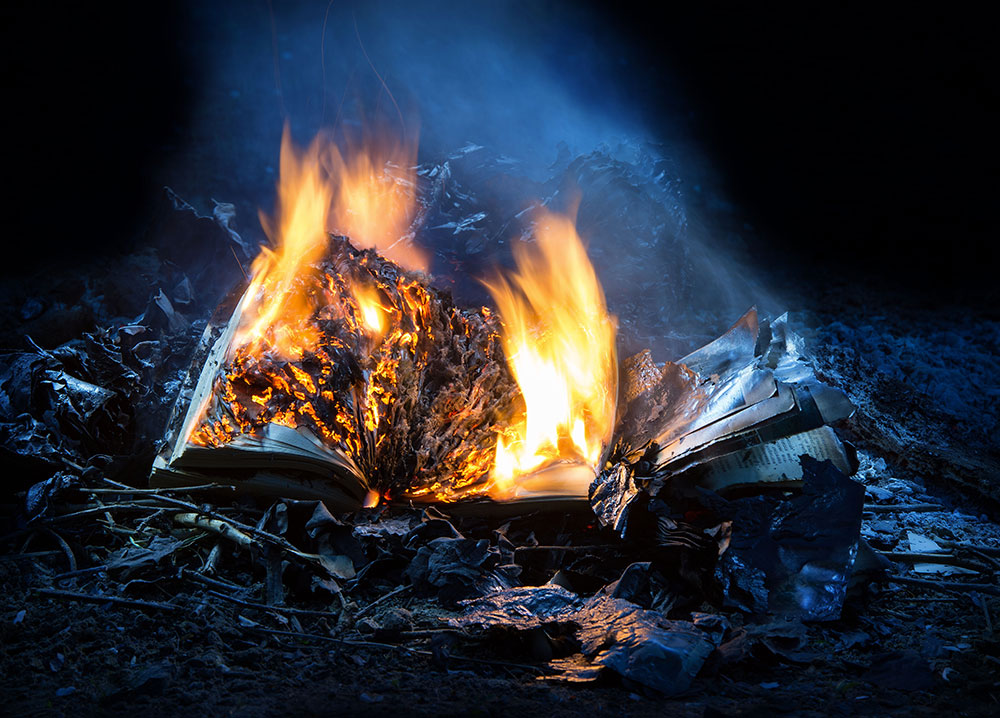 A lovely church in the grounds

Irton Hall’s grounds include a church that was first built in 1227 and rebuilt for its dedication to St. Paul in 1795. It was again re-modelled, in 1856, when the chancel was enlarged – and within the church are many monuments to the memory of Irton family members. 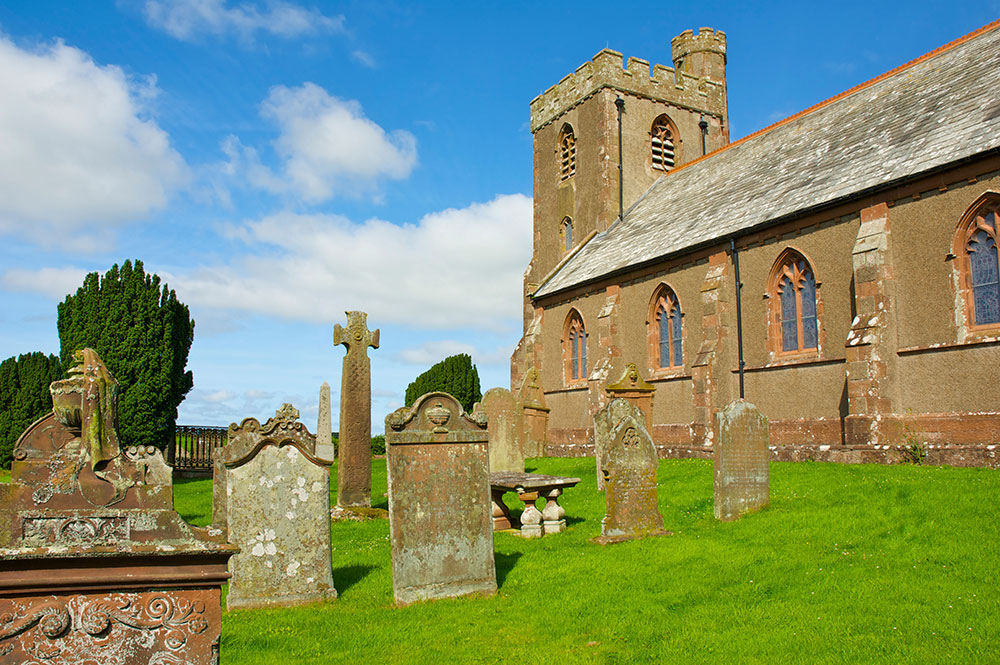 Nearby is stunning Lakeland scenery, local tourist attractions such as the Ravenglass –Eskdale miniature railway, and the World Owl Sanctuary at Muncaster Castle. And of course, the Hall itself is a hidden gem – an ideal place for hiking, biking, relaxing, or discovering more of Irton Hall’s fascinating history!

"A wonderful find - highly recommended!"
"Every once in a while, you come across a place like this - majestic, tranquil, steeped in history and heritage. If you’re looking for spectacular views, a place to stroll, and a place to relax, this is it! When we arrived, we were intent on checking in and immediately heading out sightseeing. But one look at this place, with its classic architecture, shaded picnic tables, free-range chickens, plus resident peacock - and we just decided to just stay put!”

"What a brilliant place!"
“Came to Irton Hall for two nights with my sister, together with my other sister and her husband. It was a last-minute getaway and we absolutely loved it! The setting is stunning and the grounds are well kept; the rooms were clean and entirely adequate for our needs. The staff were all, without exception, lovely and friendly – plus they were exceptionally knowledgeable about the area. We ate in the restaurant on the first night and the bar on the second night. Both meals were very good and excellent value for money.”

"Stunning - it really is a hidden jewel!"
"We had a brilliant time during our stay, and coming along the drive to see that spectacular view of the hotel and grounds was eye-opening! We came with our border collie, who had a great time running in the grounds and playing with the owner's dogs. The rooms were clean, the staff was friendly and helpful, and the beds were super-comfy – in fact, the comfiest we've ever had!”

"Another excellent visit!"
"We returned once again for our annual weekend with our dog, The room was spacious and well-furnished, with an excellent Hospitality Tray. The meals were delicious, the sandwiches at lunchtime were very good – plus the staff were very friendly and helpful. The grounds are lovely, with plenty of places to walk - especially if you have dogs. We’ve already booked for next year!”

HOW TO FIND US

Thank you! Your submission has been received!

Oops! Something went wrong while submitting the form

If you would like to stay at Irton Hall, please contact us by post, phone or email. Alternatively you can send us a simple request using our online enquiry form.

Route 1 (recommended route but not in icy conditions)

Leave the M6 at J36 follow signs for Lakes/ Windermere.

As above but stay on the A595 at the traffic lights. At Holmrook take a small lane to Irton.

Route 3 (hard not recommended in bad weather)From M6 at J36 follow signs for Ambleside.At Ambleside Turn left for Skelwith Bridge 1 mile after the bridge turn right down a small road for Little Langdale take the first left then follow the road towards Wrynose pass traverse the pass and descend to Cockley Beck.Turn right and ascend Hardnott pass this drops steeply down into Eskdale. This route goes over the steepest passes in England!Route 4 From Scotland and the North EastLeave the M6 at Carlisle follow signs for Cockermouth on the A595 then for Whitehaven, stay on the A595 until Holmrook, taking a small lane to Irton.

At Ambleside Turn left for Skelwith Bridge 1 mile after the bridge turn right down a small road for Little Langdale take the first left then follow the road towards Wrynose pass traverse the pass and descend to Cockley Beck.Turn right and ascend Hardnott pass this drops steeply down into Eskdale. This route goes over the steepest passes in England!

Route 4 (from Scotland and the North East)

Leave the M6 at Carlisle follow signs for Cockermouth on the A595 then for Whitehaven, stay on the A595 until Holmrook, taking a small lane to Irton.